Israeli defense ministry officials told their Pentagon counterparts that the US underestimates the danger from Tehran. Israel is also seeking more US-made F-35s, F-15s, and KC-46As. 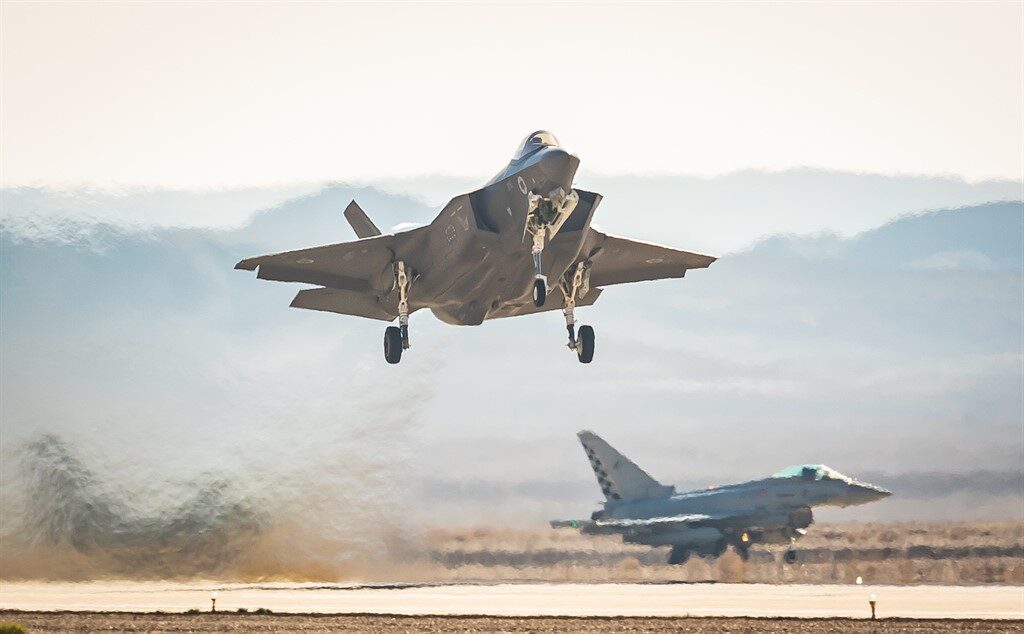 An Israeli F-35I takes off from Uvda airbase during Blue Flag 2019.

TEL AVIV: Senior Israeli and American defense officials held their annual Defense Policy Advisory Group meeting this week, even as Iranian missile launches — part of of a massive wargame — put US bases in the region on alert. High on the agenda: The Israelis want to develop a detailed plan for how the US will help Israel out if the Iranian regime – under pressure from COVID-19, Israeli airstrikes on its proxies in Syria, and mysterious attacks on its nuclear program – lashes out with ballistic missiles.

While the details of the talks were naturally kept secret, they included the latest Israeli intelligence on Iranian threats, from its ballistic missile and nuclear programs to its proxy forces around the region.

Israeli also laid out its plans to build up its forces over the coming years, with a major emphasis on new aircraft – all of them to be bought from the US:

On the intelligence side, Breaking Defense has learned that the Israelis briefed the Americans on Iran’s routes to supply advanced weapons to Lebanese Hezbollah via Syria. Israeli artillery opened fire recently on a Hezbollah unit believed to be approaching the border with Kornet anti-tank missiles.